"Noah": A Fresh Approach To Storytelling

I was a little surprised today to see an article in the current online edition of AdWeek about the short film “Noah”. It made its first appearance at the Toronto International Film Festival back in September and drew a lot of positive attention. But if it’s not too late for AdWeek to cover the film, then it’s not too late for me either.

“Noah” was the senior thesis of two Ryerson University film students and is an impressive little film at 17 minutes. It tells the story of the online breakup of two teenagers, Noah and his girlfriend Amy.

What makes this movie so unusual is that it takes place solely on the computer screen of Noah, through his interaction with IM, Facebook and Chatroulette. With only Noah's typing and mouse clicks we feel his distraction and desperation, and towards the end, his possibly new perspective on his situation. 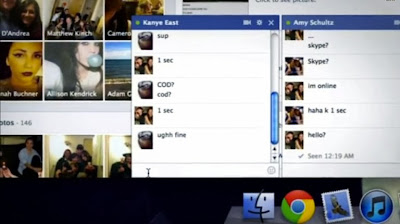 Many commentators have been fascinated by its insight into the the use of social media by teenagers, and if that's one of the things you take away, that's great. But I encourage you to not think of it only as some ethnographic study. "Noah" is a reminder that there are always new ways to tell a story, and as marketers, as story tellers, we're limited only by our imagination and preconceptions.

Here's the link to the AdWeek article, and below is a link to the movie itself. Just a fair warning: the film has a few brief moments which may not be completely safe for viewing at work.