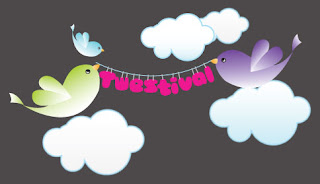 A news item recently caught our attention which intersected two topics which never fail to hold our interest: philanthropy and Twitter.

On February 12th the first global Twestival fundraiser was held to support efforts for providing clean drinking water to India and Africa. The event was held in almost two hundred locations worldwide.

Twestival was organized by Amanda Rose, who only announced her plans in January. News of the event circulated through online social networks. Those who were interested scrambled to organize local events, for example tampa.twestival. Each location chose arranged its own cite: in Tampa, at Crabby Bill's, in Dubai, on the beach, in LA at Club 740, where the photograph below was taken. 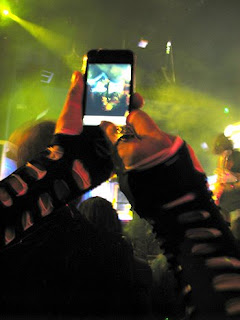 Twestival participants gathered for food, drinks and entertainment. All procceds above costs went to the charity. They also posted tweets to the Twitter page, wishing others well, connecting with friends and enjoying the comraderie of the event.

In addition, organizers made arrangements with Tip Joy to collect contributions directly through tweets. Contributors tweeted Tip Joy the amount they were interested in contributing, and then asked to fulfill their promise through PayPal.

A little over one-quarter of a million dollars was raised by Twestival. Dallas raised almost $2000 through Tip Joy, though most US cities raised less than $50 each.

Can Twestival serve as a model for similar efforts in the future? Perhaps. But unfortunately most Twitter users tend to be younger, and the charities that are associated with an older demographic may not be comfortable participating through micro-blogging. Also, we at marketmambo can't help but feel that part of the success of Twestival was due to its novelty. How many more Twestival-like events could take advantage of this novelty is anyone's guess.

But ultimately Twestival was a creative way to raise funds. Its now up to others to build on this foray into philanthropy 2.0 with even more creativity.

For more on Twesitval and other social networking based fundraising resources, click here.