The Shitake Hits the Fan

We must admit that we enjoy browsing the aisles of Whole Foods. The service is great, the products are high quality, and the variety...where else can you find a jar of Punjabi dipping sauce? But as much as we browse, as much as the dipping sauce may be the closest we could ever get to the Punjab, we have never purchased anything at Whole Foods. Never spent a penny.

Along with the great service, which is truly great, and the high quality, which is undoubtedly high, come high prices. The job of a curmudgeon has never been lucrative, and in this economy, there are many curmudgeons whose forums are facing foreclosure. Your Tio Tito shakes his fist only for the love of fist shaking. Ranting at the wind brings us no financial gain. And we understand and accept that service, quality and variety aren't free.

But we suspect that at Whole Foods you get, and pay for, more than this. As we pass the other customers, the ones actually putting food in their carts with the full intention of purchasing it, we get the sense that shopping at Whole Foods is more than shopping, more than filling the pantry. When a Whole Foods customer buys locally/organically grown broccoli at $2.19 per pound, they want to feel that they're the kind of people who buy locally/organically grown broccoli for $2.19 per pound. They want to know that the beans that they brew for their coffee are sourced from farmer cooperatives in Guatemala. When you're a customer of Whole Foods, your cash buys cachet. For los Mambos, when broccoli hits 99 cents per pound, we don't eat broccolli.

Now John Mackey, the CEO and co-founder of Whole Foods is facing a backlash from his customers who have a bent to blog. In a piece in last week's Wall Street Journal (here) Mackey shared his opinions on health care reform. Risking over-simplification, we will summarize that Mr. Mackey believes the federal government should play a secondary role to the choice and responsibilty of the health-care consumer. 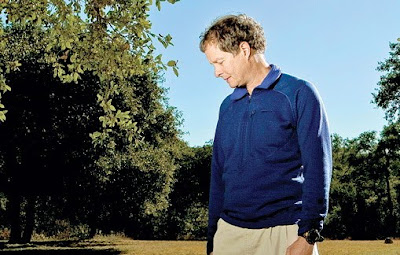 Mackey provides the following preface before offering eight suggestions of his own for health-care reform:

"While we clearly need health-care reform, the last thing our country needs is a massive new health-care entitlement that will create hundreds of billions of dollars of new unfunded deficits and move us much closer to a government takeover of our health-care system. Instead, we should be trying to achieve reforms by moving in the opposite direction—toward less government control and more individual empowerment. Here are eight reforms that would greatly lower the cost of health care for everyone."

The spirit of his piece and his specific suggestions seem reasonable to us. In the long run, they may not be correct, may not be feasible, but they fall within the range that fits the space of adult political discussion. At least to us they do.

Mr. Mackey's piece has ignited an internet inferno. A Facebook page called "Boycott Whole Foods" (here) has gone up and as of this morning has nearly 25,000 fans, and so many postings that the moderators shut down the discussion last night so they could catch up. Whole Foods own public forum has a section dedicated to the debate. The chart below, courtesy of Technorati, shows the increase in blog activity on John Mackey over the past few weeks.

There are many things of which we are uncertain. First, we are uncertain of the proportion of this internet activity that is opposed to Mackey's comments, and that which supports them. There are just too many comments to count and no one has yet been kind enough to do that for us.

Our suspicion is that there are more comments against Mackey than for him. Even the other Whole Foods co-founder, Renee Lawson Hardy has posted a letter on the company forum disagreeing with Mackey and encouraging others to read the source texts of ObamaCare with an open mind "free from ideological clinging". (more here)

We are uncertain as to which of Mr. Mackey's points are the cause of the offense. Posts mention frustration with the Iraq War, the financial bailout, Whole Foods relationship with unions, and Mr. Mackey's contributions to Tom DeLay. We have been unable to find one critic that directly takes on a point in his opinion piece related to health care. We suspect they may be out there, but there's so little time. All posts end by vowing to find alternative sources for their groceries. Here is an excerpt from a writer at the Daily Kos, known as "DarkSyde":

"Mr. Mackey, you just shat all over your best customers. Given the years of pseudonymous postings on Yahoo finance slamming a competitor you were quietly trying to acquire at the time, double talk and unethical behavior arguably seems to be becoming a habit for you. So I will never, ever, shop at your stores again, unless you retract that op-ed, apologize for stabbing us in the back, or resign." (more here)

Dear readers, let us assure you that we make no attempt to judge Mr. Mackey's critics or his supporters. We are confused by much of the debate and issues of health care reform. Perhaps if we knew more, we too would be outraged.

We are also uncertain as to what the message is for corporate leaders who are inclined to share their point of view with the public. Blogging and twittering by executives has been encouraged in recent years. Tony Hsieh of Zappos is the poster boy. But those in the public who yesterday applauded openness from the exec suite are today's Jacobins who will terrorize those they disagree with. At least the guillotine was quick compared to the blogotine. We expect that there will be an increasing reluctance to openness by exec's who are unsure of the value of social media but quite sure of it's dangers.

But let's return to the beginning and something of which we're reasonably certain. Whole Foods is more than a grocery store, it's a place at which many people who share a relatively common outlook gather to express their faith through the sacrament of shopping. Sometimes we only see the power of a brand and the source of its power when the shared but unspoken assumptions of the relationship are violated.