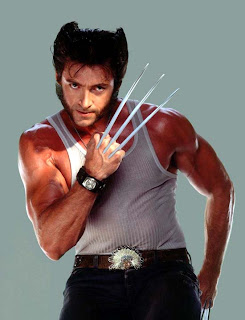 Last week in "Love146" we reported on Hugh Jackman's Twitter contest to choose the non-profit to receive a $100,000 donation. He announced his decision Friday morning.
Mr. Jackman actually decided to split his donation between two organizations. The first, "Operation of Hope" arranges surgeries for children born with facial deformities in developing countries. The other, "Charity: Water" supports projects providing fresh water to people in developing countries. Charity: Water was also the non-profit that received $250,000 from the first-ever Twestival, which we also reported on earlier this year (see "Twestival").

Our Tweet went to support Love146, but we feel no disappointment. Mr. Jackman's donation will make the lives of some people a little better, which is all we can hope for.

As we read today of Mr. Jackman's decision, we couldn't help but notice that coverage of his donation was swamped by the coverage of his denial that he's gay. Not being gay is much more news worthy than philanthropy.

We also found it interesting that Charity: Water has now received two significant contributions from Twitter-based fundraising. Is this the non-profit darling of the Twitteratti? Charity: Water has several experienced marketers on its board, and its our inclination to credit skill before luck.